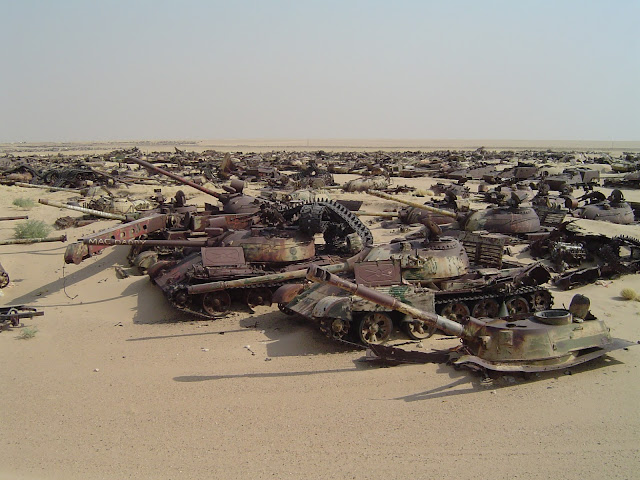 Not all places on this list have to be beautiful or picturesque places. Some can be simply fascinating and interesting and important because of what they represent. The tank graveyard in Kuwait is one of these.

Anyone that has lived in Kuwait knows that it is a small country, with few tourist sites, awfully hot in summer, and one of the coldest, wettest places in the Gulf in winter. There are, however, some interesting things to see -- the small museums and mosques that have been lovingly preserved amongst the sweeping reforms of development, modernity and technology. You might even be lucky enough to see a slice of the old city walls. The ubiquitous three blue and white water towers (#941) also feature on most travelers' itineraries.

However, one of the most memorable things that I saw when I was there was the tank graveyard out in the middle of the featureless desert. A relic of the 1st Gulf War, the militaries of the various allies brought all the machinery to a central place after the fighting was finished. In addition to the tank graveyard, there is also one for trucks, planes, and other vehicles. I would have liked to have seen the wrecked satellite dish (#826) in another part of the Kuwaiti desert.

In theory it is a forbidden place to go, and it's not unusual to be chased out by the guards. We went in the deadly heat of summer, however, when you'll be lucky to last more than around half an hour in the awesome 50 degree C heat (multiplied by its reflection on the metal), and I think the guards would rather remain in their air-conditioned huts. Too hot to touch (although we climbed over several), and slowly becoming covered in the sand, it was hidden behind a sand ridge. I could stay outside for no longer than 20 minutes in the heat -- but it was truly amazing to see it and walk amongst them, imagining their stories. Feeling the desert temperature in the heat of the summer was sobering as no doubt the soldiers inside the tanks during war it would have been a lot hotter. 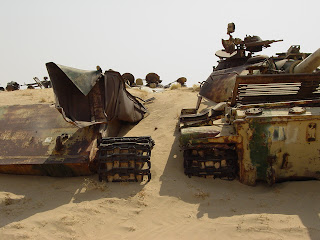 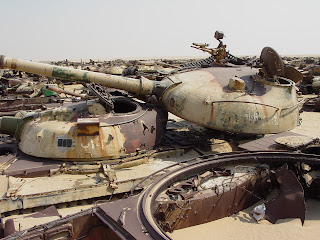 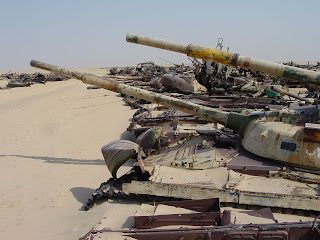 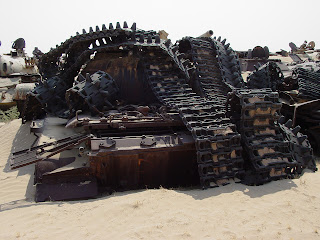 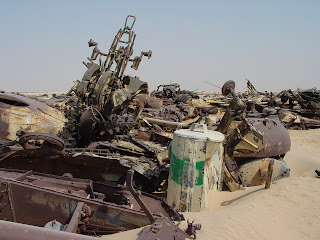 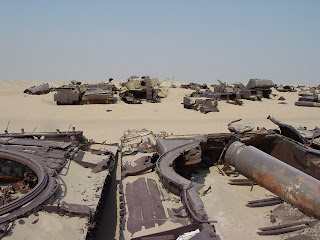 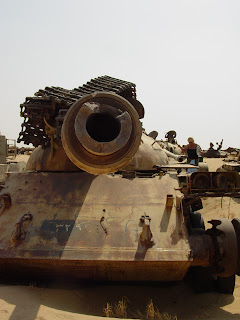 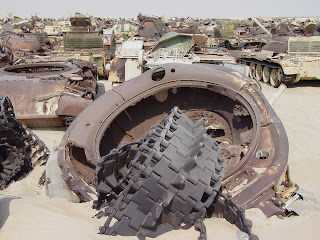 Update: Please do not contact me to ask where this place is. It is in the middle of a featureless desert, and I've heard that it has been dismantled and removed. I cannot direct you there, unfortunately.

Posted by Natalya Marquand at 12:00 PM 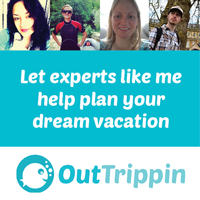